As I previously mentioned I have unfortunately put my musical studies on hold due to issues with my voice. But what actually happened? 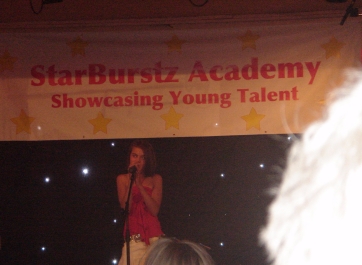 This is something I’m still learning about and struggling to understand myself, but what I am certain on is this will NOT be the end of my musical career. As I stated in my last blog post I have always dreamed of a career in the performing arts and I am determined to continue this passion.

I am no vocal expert and explaining the exact problems with my voice will be a difficult task! Where to start?… I have always grown up singing and known as the drama queen in the family. From a young age I attended stage coach, took part in school music competitions, and singing and dance lessons. Everyone knew I would pursue a creative career and I’m NOT letting them down now.

I was always complemented on the tone of my voice, people would always say “What a lovely husky voice you have” and “You’re voice is so low and mature for your age” – at the time I didn’t realise this would have a lasting effect on my singing voice, but unfortunately it has.

I grew up singing pop and jazz songs, a few favourites have always been Adele (Of course!), Al Green, Frank Sinatra, Etta James and Amy Winehouse.. the list is endless. It wasn’t until I decided to study Musical Theatre at College that I realised my voice was different. Having been lucky enough growing up I paid regular visits to London to see all the big West End Musicals, it was this that swayed me to study Musical Theatre, as it meant I could combine my passion for singing with acting and an attempt at dancing. However I discovered I wasn’t able to sing confidently in this style as I had never been trained to use my voice in a technical way, I had always naturally belted out the big numbers. It’s only now I realise my voice isn’t built for Musical Theatre and this isn’t where my passion lies.

So what’s the technical problem? After my foundation course – my 3rd year studying intensive Musical Theatre, I realised my voice was tiring very easily. I would lose my voice for no reason, I was unable to sing songs I had once been singing comfortably and I was unable to sustain long periods of singing. However, I took my place at the Royal Conservatoire of Scotland and thought that once I was trained properly my voice would change, however this was not the case. After the first couple of weeks my confidence dropped as I realised there must have been a deeper issue as to why I was unable to sing. I visited an ‘ENT’ (Ears, Nose and Throat Doctor) in Scotland who broke it to me that I had developed ‘Soft Nodules’ or ‘Nodes’- This is a swelling on the vocal chords caused by over – using it with improper technique.

My issue was I learnt to belt songs when my voice wasn’t ready, I would smoke and drink when I went out and I was pushing myself too far and singing songs which were naturally out of my range. This discovery lead me to the decision to move back home and focus on repairing my voice. This involved Speech Therapy to manipulate the way in which my voice worked, Vocal Physiotherapy which would relax the tension in my neck and larynx and regular visits and check ups with my ENT in London. This was an extremely frustrating process as I had to re – learn how to use my voice again and forget all my old habits. 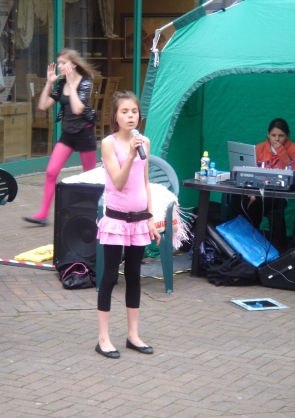 After almost a year of being careful, visiting various doctors, resting my voice and not going out drinking and shouting it should have gotten better, however as you’ve guessed by now, it didn’t. This was DEVASTATING for me. I spent so much time and changed so many habits for it not to get better and my place at RCS threatened once again. The husky voice I was so often complimented for, turned out to be damaged and unsuitable for Musical Theatre.

By now your probably thinking I would have given up on it all and how depressing this situation would be, but its not! There is light at the end of the tunnel. Regardless of the issues with my voice, this has only stopped me from perusing a career in Musical Theatre. I can still sing the songs I love singing, I can still act and I can still attempt to dance! So many vocalists struggle with their voice and it’s only becoming more common in modern day singers, the likes of Adele, Sam Smith, Justin Timberlake and Mariah Carey have all suffered and created hugely successful careers around this.

I am now in the process of waiting for surgery which will help to investigate the issues with my voice further and to remove the nodules. This is a very common procedure for singers and although it comes with risks I believe it will help me and my future in singing.

I decided to attach a very old and very embarrassing video of me singing back in 2012 at Salisbury’s Olympic Ceremony – Click Here to laugh..

So there you go, now you know a little more about my voice and the struggles I have been through with it. Like I mentioned it has been a long and hard process and I still get upset knowing I left such a wonderful opportunity in Scotland, but nothing in life comes easy and I know I will use my talents elsewhere in the industry and make a success no matter what.

My sister wisely told me when one door closes another one opens.. cheesy I know but it couldn’t be more true. Here’s to my new future and figuring out what the hell I do now!

Thank you for reading, M x